My current work-in-progress is a dual timeline. For ages, I’ve been calling it a Time-Slip novel which is a whole different kettle of fish. Time slip is a plot device in fantasy and science fiction in which a character magically travels through time, such as Mark Twain’s A Connecticut Yankee in King Arthur’s Court or Diana Gabaldon’s Outlander series, a huge favorite of mine, but not to be confused with dual timeline.

Dual timelines weave together two or more separate eras in which characters flesh out their individual stories, but the past has a definite influence on the future or present day, and often the future story has the more satisfying ending to storylines slightly unfinished in the older story.

But both times have their clearly defined story arcs. A few favorite authors of mine in this genre are Kate Morton, Susanna Kearsley, Kristin Hannah.

At the last writers’ conference I attended, an agent advised me that publishers are wary of dual timeline novels because, more often than not, the quality of one of the timelines is better than the other. Readers are left to flip through one story to get to the other. So, as far as writing goes the multiple stories must be equally well written.

As writers we can take no shortcuts to just match one story up to the other.

In essence the writer is telling two separate stories over two different times that weave together significant commonalities, such as place, family ties, war, an object of value. The list is endless.

While writing a dual timeline has its challenges, I find as a reader I enjoy this genre the most. Funny that I’ve never tried to write this type of story until now when way back when I was a teenager, I read what was to become one of the top five of my life-long favorites, Mary Stewart’s Touch Not the Cat.

In Touch Not the Cat Stewart’s sequences from the far past are much shorter than her current day sections, but they gripped me because the answers to the current day heroine’s journey are suspensefully unfolded in those shorter sections. There was a certain magic to the subliminal slip for me as a reader going between the past and current day. There I believe is the commonality between these two difference genres, time-slip and dual time, that I equally love. It is the magic required in both genres.

That is why I’m setting my dual timeline novel in the place I was born, Ireland. Emigrating from that island when I was a five-year-old has meant that the land of my birth has always held that magic for me. Who of us isn’t enthralled by the past lives of our ancestors, to imagine walking where they walked? To feel the same swell of emotion as we stand on clifftops overlooking the same oceans? To imagine their voices? It’s sheer magic.

Posted by Christine at 6:00 AM No comments:

Unifying a Novel with Multiple Storylines -- by Rachel 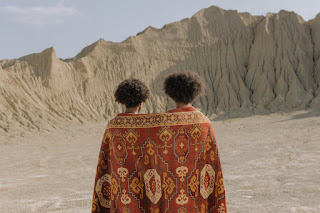 Writing a novel with multiple storylines can be a fun challenge. However, as your storylines diverge, it is important to make sure all of the story threads do in fact weave into one story tapestry. Otherwise, the reader will leave your story feeling muddled.

Here are a few methods to make sure your various storylines hang together as one and keep the reader feeling engaged.

The most straightforward way to carry off multiple storylines is to present a single story from multiple points of view. This weaves the tapestry together easily and cleanly. In Daisy Jones & the Six, all of the band members tell one story: the band’s rise and fall. Each character presents their own view and own substories, with the two stars, Daisy and Billy, getting the most airtime.

You can spice up this method by ensuring that some of the POVs cast doubt on previous character accounts, present an unreliable version, or in some way turns the story on its head.  Piccoult does this in Nineteen Minutes where she presents a school shooting from different characters’ points of view, but her goal is to change the reader’s judgement about the events as each new perspective is presented.

Write the path of characters finding their way to each other.

This keeps the tension up as two main characters or groups head for that meeting the reader knows is coming, the crux of the story. In All the Light We Cannot See, the reader waits on pins and needles as Marie-Laure, the blind girl, hides in her uncle’s home during WWII, while Werner, conscripted by the Nazis for his precocious engineering skills, heads in her direction. Doerr makes the meeting feel inevitable and suspenseful, keeping the two stories closely linked, but he doesn’t stop there. The two stories are further intertwined by the children’s history. It is Marie-Laure’s family that hosted a science radio show, which reached the orphan, Werner, and sparked his interest in engineering and still comes to him as fond memories as he faces the nightmare of war. That third piece is important. As you make the upcoming meeting of the characters a center point of your novel, how else can you connect the characters?

The wider the storylines verge, the tighter your central premise and theme need to be.

If you have two or more storylines that ramble, especially where the characters are leading separate lives apart from each other through much of the novel, it’s crucial to have something that knits the stories close together. This can the burning question, a mystery that all of the characters are working to solve, or someone at risk that multiple characters are trying to save. One of my favorite wide-ranging novels, The Lake House, has quite a number of characters and spans back and forth over a century, but all through the  novel, Morton ties it together with a single question: what happened to the baby who disappeared?

Additionally, if you have parallel storylines running, it’s important that they’re linked by common themes. Think how in the TV series, This is Us, one episode may cover different time periods, generations and locations, but in each one, the threads deal with the same theme – the impossibility of being a perfect parent, say, or addiction.

As our world has become more chaotic, it is quite common to see storylines bob and weave across various characters, settings, and wider plots. This is a good thing, as our culture comes to recognize the variety that feeds into our own stories. If this is the story you’re writing, that’s fantastic. Just don’t forget to give some thought to how you’ll keep your multiple storylines unified into one central story.

Posted by Rachel at 6:00 AM No comments: 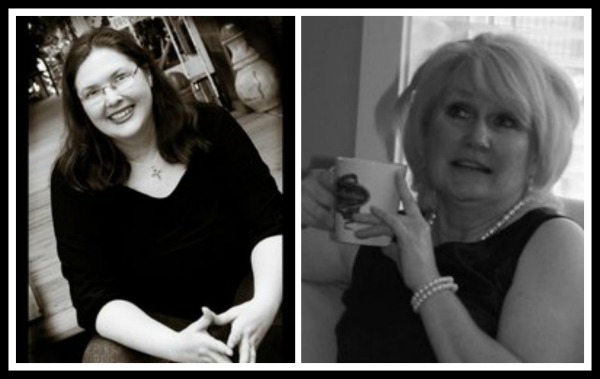