Settings that Change Characters & Characters who Change Settings -- by Rachel 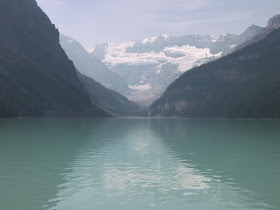 That is, like a character, it shapes and is shaped by the story.

How do settings change the characters? Here are just a few examples.

Rugged settings strengthen characters. The character is transported to a grueling environment. There, they find an inner strength they didn’t know they possessed. Think Lord of the Rings, Hunger Games or just about any WWII novel. Even Little House on the Prairie (the books, not the TV show).

Placid settings humanize and soften characters. Here, the ambitious character comes home again to Small Town, USA or the Wall Street banker finds himself working on a ranch where they’ll learn what life is really all about.

Foreign settings transform a character culturally. Here, historical sagas (The Far Pavilions, Voice in the Wind), sci-fi (Dune) and fantasy (The Chronicles of Narnia) take a character to a new world, and just as any ordinary Joe or Jane will find they’re never quite all-American again once they spend a couple of years in Argentina or India, so it is with our character. They grow and learn to balance between two worlds.

A new setting teaches a character who they are. Sometimes it’s magical. Hari of Blue Sword is just awkward until she is kidnapped and carried to the severe desert kingdom. There, she finds the magic she was born to coming alive. Sometimes, it’s realistic. In Brooklyn, Eilis simply learns what she’s capable of by moving from Ireland to a bustling American metropolis.

An old setting defines a character with ever-increasing tension. Whether it’s the sacred Jewish character of Hasidic Brooklyn in The Chosen or the passionate, family-oriented character of a small Georgia town in A Place to Call Home, as the novels progress, the character find out in ever-deepening ways how their settings claim and define them.

Of course, that’s just a small sampling of ways that setting can change character. How about the reverse – how can characters change setting?

Characters improve their setting. Sometimes, it's a big thing -- bringing a town to life in A Town Like Alice. Sometimes it’s just a small thing – a character restoring a rundown cabin or painting a room. As they make their setting more livable, the reader feels vicariously as if they’ve been given a do-over.

Characters change the course of events that define the setting. That is, they change the course of a war or unjust colonization. Sometimes, they heroically bring goodness back to their home. But ever popular, especially in sci-fi, is the character who unwittingly sets a course for destruction to a story world – Orson Scott Card’s Ender’s Game or Mary Doria Russell’s Sparrow.

Characters Humanize an Inhumane Setting. Whether it’s a musician playing their heart out in war torn Bosnia (The Cellist of Sarajevo) or an athlete who won’t be beaten down in a concentration camp (Unbroken), the character who lives well in spite of overwhelming odds turns a bleak setting into a place of hope.